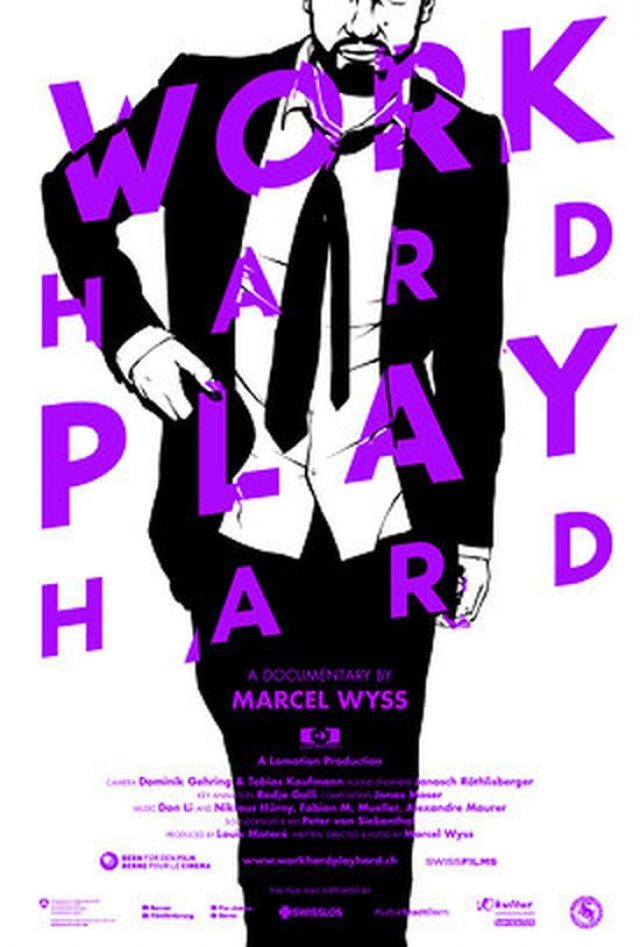 One of them quit coke only after he had looked death in the face. The other thinks he can control his consumption and wants to keep taking coke – up until his dying day if possible.

«WORK HARD PLAY HARD» tells the story of two coke addicts. Two men who couldn’t be anymore different: A restless yuppie and a jaded clown. But all are equal before the white powder. Coke has become the people’s drug. During the last decade it has started its frighteningly successful triumphal march through Western performance society.

Documentary author Marcel Wyss visualises what coke does to people. He manages to do so without judging. He shows both the seductive and the fatal aspects of the drug. This milieu survey boldly blurs the boundaries between documentary and animation film: 14’000 frames become elaborate hand-crafted illustrations in order to make the protagonists unrecognisable. A provoking film that will become subject of controversial public discussion.