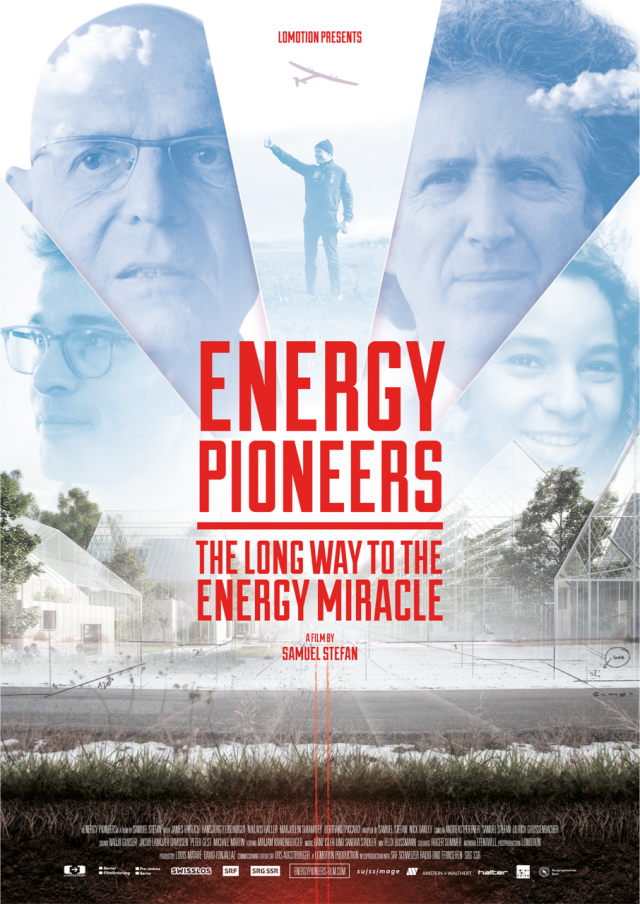 The increase in global energy demand has led to exorbitant dissipation of greenhouse gases into the atmosphere. As urbanization increases, cities around the world are becoming congested and overcrowded. «Energy Pioneers» portrays two distinct visionaries who are convinced their ideas can contribute to solving these challenging problems.

Californian based entrepreneur James Ehrlich strives to re-invent urban living through Tech-inspired „ReGen Villages“ whose residents will produce their own energy and food within a community of like-minded. Swiss based ETH-Professor Hansjürg Leibundgut however pursues technical innovation and a change of mind on a political level. He invented an ingenious heating system which harvests and stores the energy of the sun deep in the ground in order to make a building completely independent from other energy sources.

What unites James and Hansjürg is their commitment to fight for a sustainable future, but unlike well known adventurer Bertrand Piccard, who is a poster child for the green technology movement, James and Hansjürg depend on selling their ideas and finding strong partners. This takes a toll on both in them but they are assisted by bright young minds, who share their passion and stand by their side. This film witnesses their struggles, their anguish, the small victories and the large defeats.

A film about obstacles, crises and the power of an idea.

With the financial support of